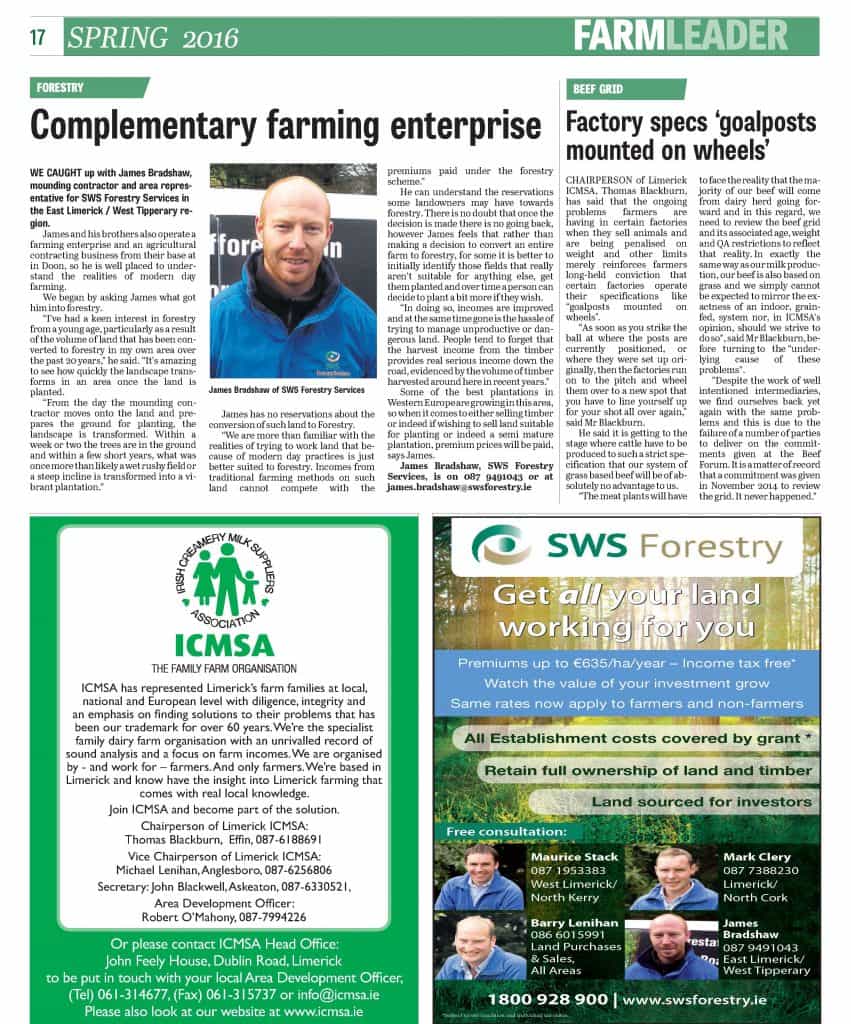 James Bradshaw, of SWS, spoke to Limerick Leader recently on the benefits of forestry.

“We are more than familiar with the realities of trying to work land that because of modern day practices is just better suited to forestry.  Incomes from traditional farming methods on such land cannot compete with the premiums paid under the forestry scheme.” James can understand the reservations some landowners may have towards forestry. There is no doubt that once the decision is made there is no going back, however James feels that rather than making a decision to convert an entire farm to forestry, for some it is better to initially identify those fields that really aren’t suitable for anything else, get them planted and over time a person can decide to plant a bit more if they wish.

We use cookies on our website to give you the most relevant experience by remembering your preferences and repeat visits. By clicking “Accept”, you consent to the use of ALL the cookies.